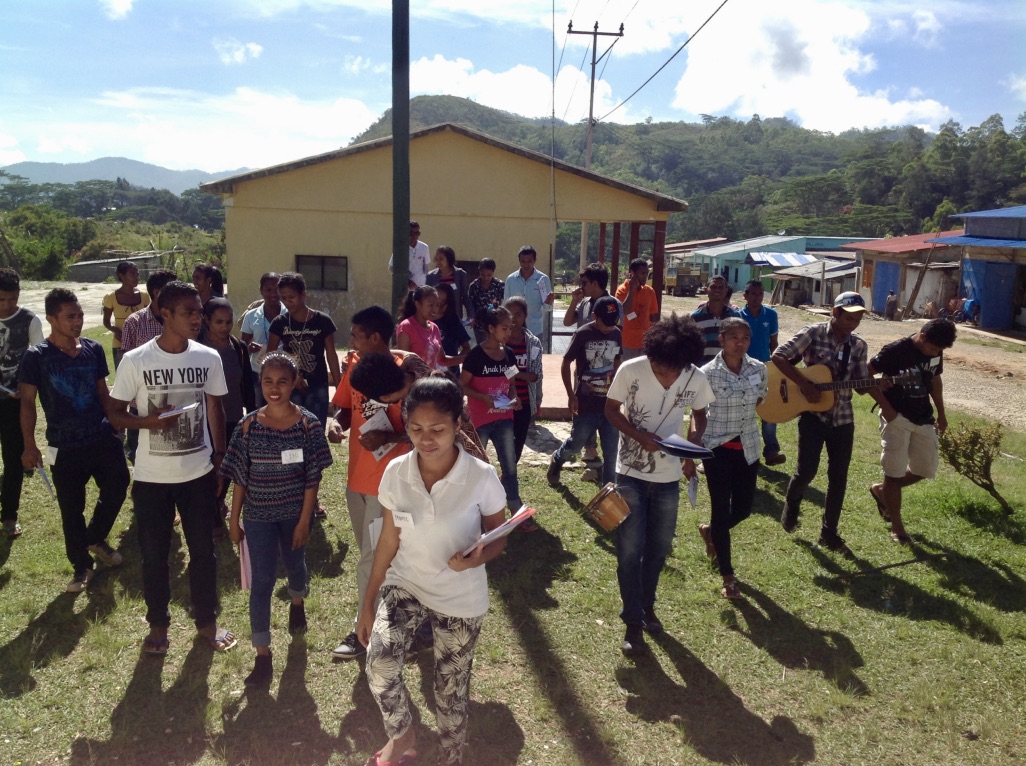 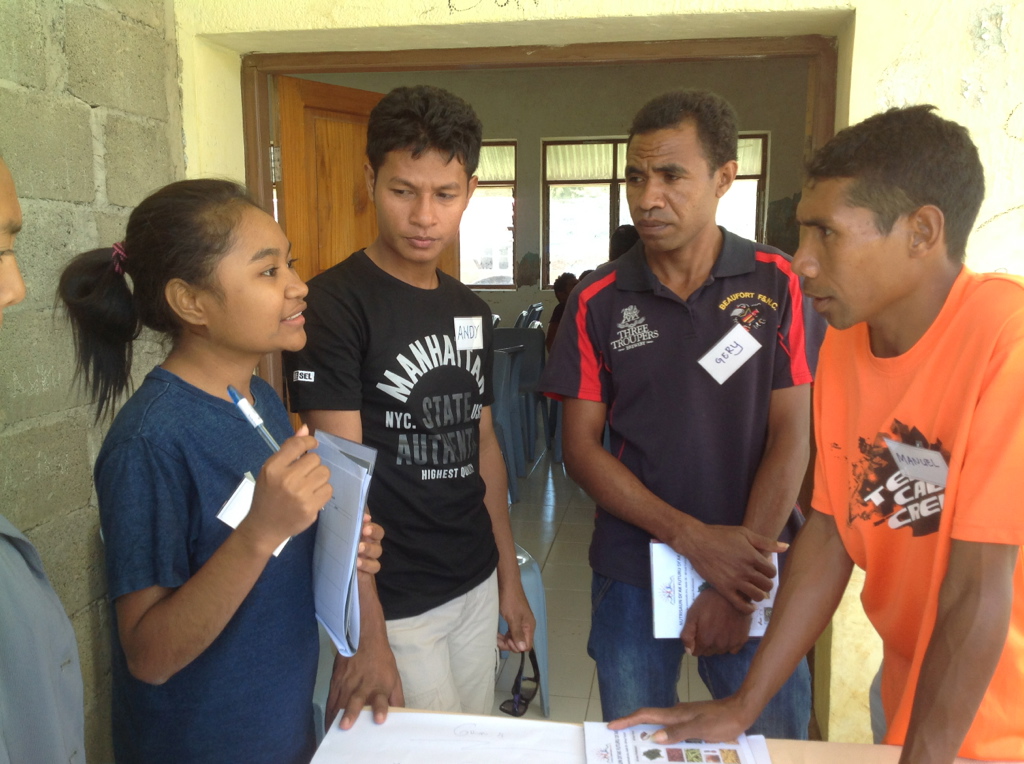 Young people in Timor-Leste working together to create new opportunities

In mid 2014, two members of the O’Sullivan Centre, Bernadette McEvoy and Jenny Lauritsen who were living in Dili, Timor-Leste began meeting with a small group of young people to discuss their experiences of trying to get employment in Timor-Leste. Members of the group shared their own experiences and also those of other young people they talked to about these issues.

The young people named themselves ‘Juventude ba Dezenvolvimentu Nasional’ (JDN) , which translates as Young People for National Development. They have continued analysing the issues that affect them and are organising concrete action in the areas of employment, nutrition, road safety and the accommodation needs of young people who move to Dili to study at university. Early in 2016 the group was registered as a National NGO, with an elected Board of nine JDN members. JDN has four advisors, including Almerio Vila Nova, Pellagio Doutel, Bernadette McEvoy and Jenny Lauritsen.

Bernie and Jenny’s ongoing role with JDN is part of the broader work of the O’Sullivan Centre and it’s commitment to improving vocational opportunities for young people. There is much passion and self belief amongst the young people of this group. They are proud of an independent Timor-Leste and are filled with enthusiasm for the task of building a new country with a skilled and educated young workforce. They recognise that there are currently limited economic development opportunities but want to find new opportunities for development and are filled with hope for their future.

Please read more about this exciting work on: http://jdntimorleste.weebly.com