Fr Hugh O’Sullivan was a Catholic Priest (1939 – 1997) who was passionate about the issues impacting on those who are disadvantaged in any way.  He was committed to bringing dignity and opportunity to individuals and communities.  His decision to work in the Asia Pacific region with the International Young Christian Workers (IYCW) in the 1980s was driven by his desire to be involved with the poorest communities in the world.

Hugh was a Chaplain to YCW groups in many parishes in Adelaide, South Australia in the 1960s and 1970s.  He was Adelaide Diocesan Chaplain and Australian YCW National Chaplain from the early 1970s to the late 1980’s.

In Hugh’s talk to the Australian YCW in the 1990’s he expresses his love for young workers and the dignity of their work.

A Friend to Young People

Hugh was naturally gifted in the way he related to people.  He was a kind, generous and understanding man and was a trusted friend of those he knew and worked with.  Hugh believed deeply in the uniqueness of every human being and was highly influential in the development of the YCW during his time as Chaplain, assisting to build the movement wherever he went. 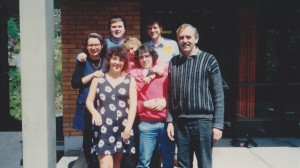 Hugh befriended hundreds of young people,
encouraging them to develop their skills and talents.  He was interested in what they thought and he believed in the importance of discussion. Hugh got great joy from figuring out what others might be thinking.  He would sit and look, think and listen.  He would appear to have all the time in the world and yet achieve so much.  He was rarely in a hurry, so people found him very approachable. 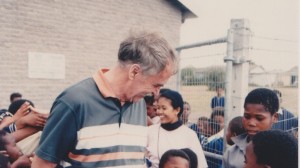 Hugh was Chaplain to the IYCW in Asia – Pacific in the last years of his life. In this role he was based in Hong Kong and travelled throughout Asia talking to young workers and developing the YCW in many countries including India, Sri Lanka, Hong Kong, Thailand, India and the Philippines. 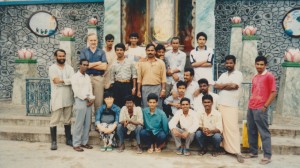 Formation of the O’Sullivan Centre

As a result of their commitment to the principles to which Hugh was so devoted, a number of people who were privileged to have worked alongside him over his thirty years with the YCW formed the O’Sullivan Centre.  It was Incorporated in South Australia in 2002 to keep alive Hugh’s ideals and vision and has been supported since that time by members of Hugh’s family, his friends, colleagues and former YCW members.

Many members of the O’Sullivan Centre currently work in the community sector in mental health, community health, financial counselling, youth services, family services, educational support and policy development. In these roles they are well placed to promote the importance of paid work in strengthening an individual’s identity and wellbeing and as a critical means to social inclusion.

Sharing pictures and stories of Hugh

If you have stories or pictures you would like to share with others please email them to us at info@theosullivancentre.org.au and we will add them to the website.